Pardon Our Dust! This Page is Still Under Construction!

November 30, 2015
The work is almost complete on the pool and spa!  The old plaster was removed and new installed, along with new tile along the rim and steps. Other improvements were made to abide by current health code standards, including dual rails into the spa and split drains.  New energy-efficient LED lights have been put in as well. Closure will continue for awhile longer as the water is treated and to allow for county inspection. Thanks to all residents for your cooperation while the work is ongoing! 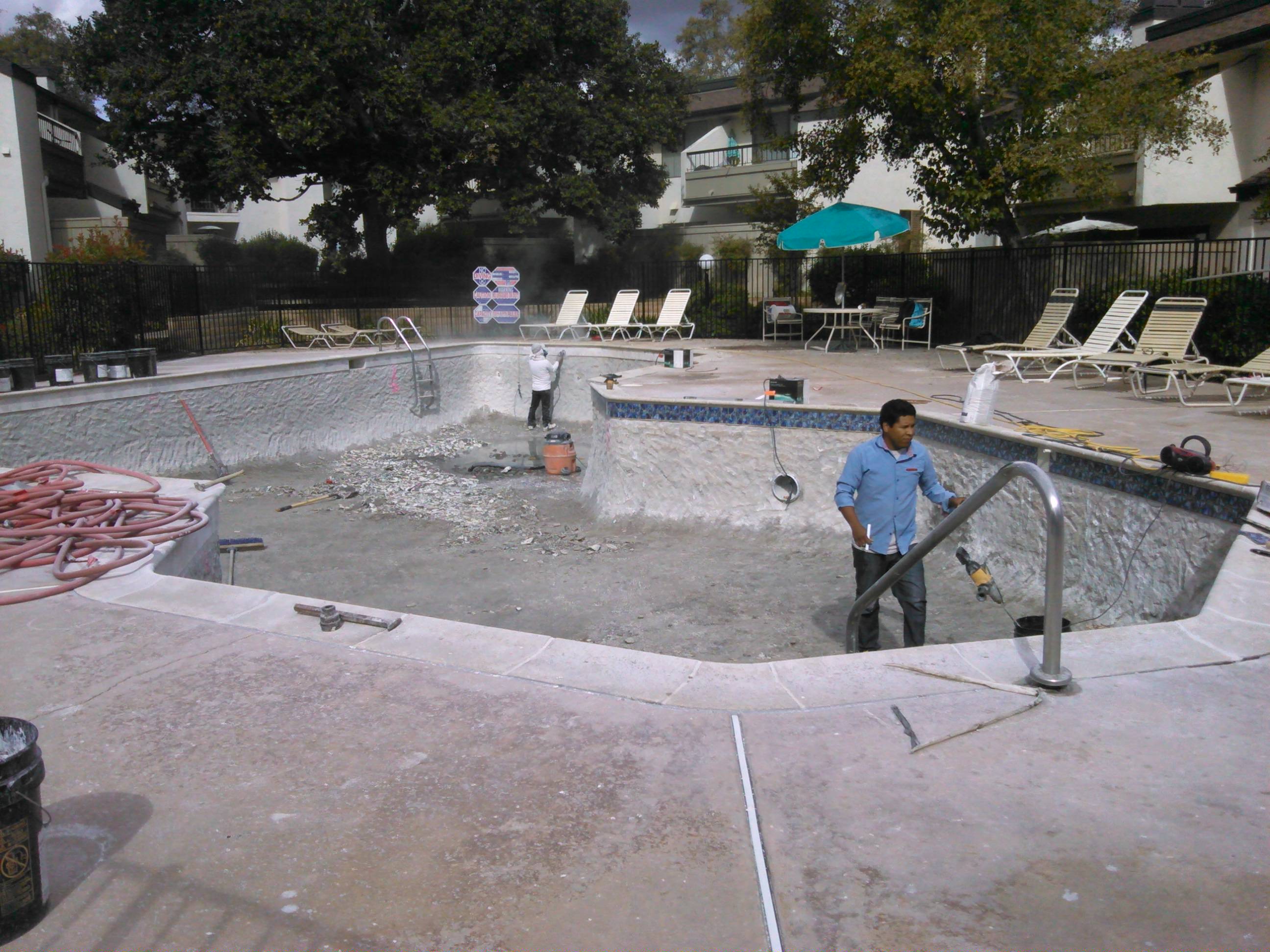 September 5, 2015
All 22 buildings have now had their wood fascia replaced and painted, and have been re-paneled with Hardie Board, a fiber-cement product that simulates wood. This project began over four years ago and was accomplished by our maintenance company, with the cooperation of all residents and owners. The new-look exterior hopefully will last for many years. A new community improvement project, to be determined by the Board at the next meeting, will begin soon! 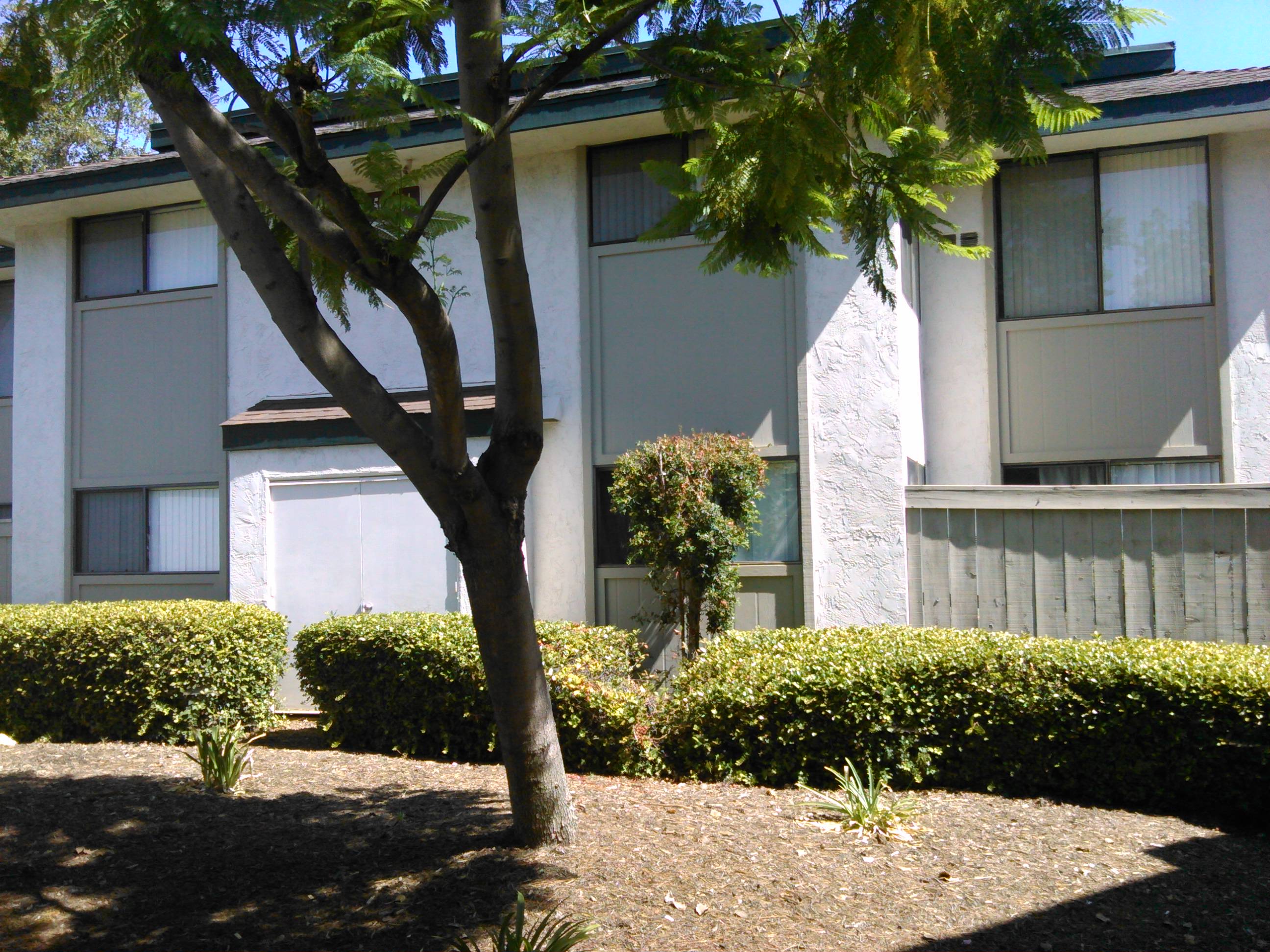 Posted by VermontVillas. Posted In : Maintenance

July 11, 2015
Turf removal and replacement with mulch and drought-tolerant plants is complete. The rebate from the Metropolitan Water District has been received and more than paid for the project. 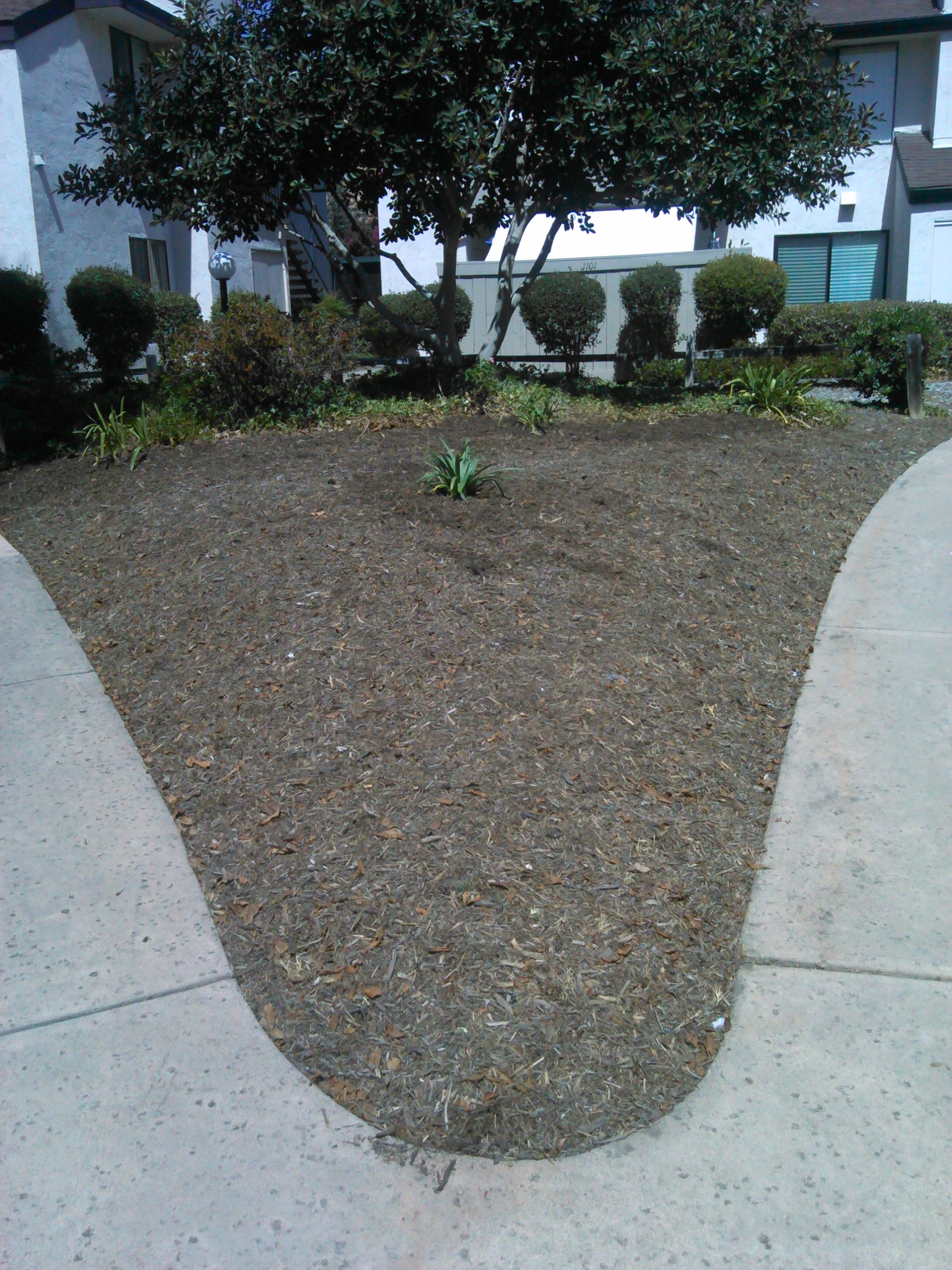 February 13, 2015
To save water in the midst of the drought, some lawn areas are being removed. Areas affected are near these buildings:  500 rear, 1100 rear, 1700 east side, 2100 front, 2200 front and rear. Mulch will replace the grass and some drought tolerant plants may also be added. A rebate offered by the Metropolitan Water District will pay for most of the work. 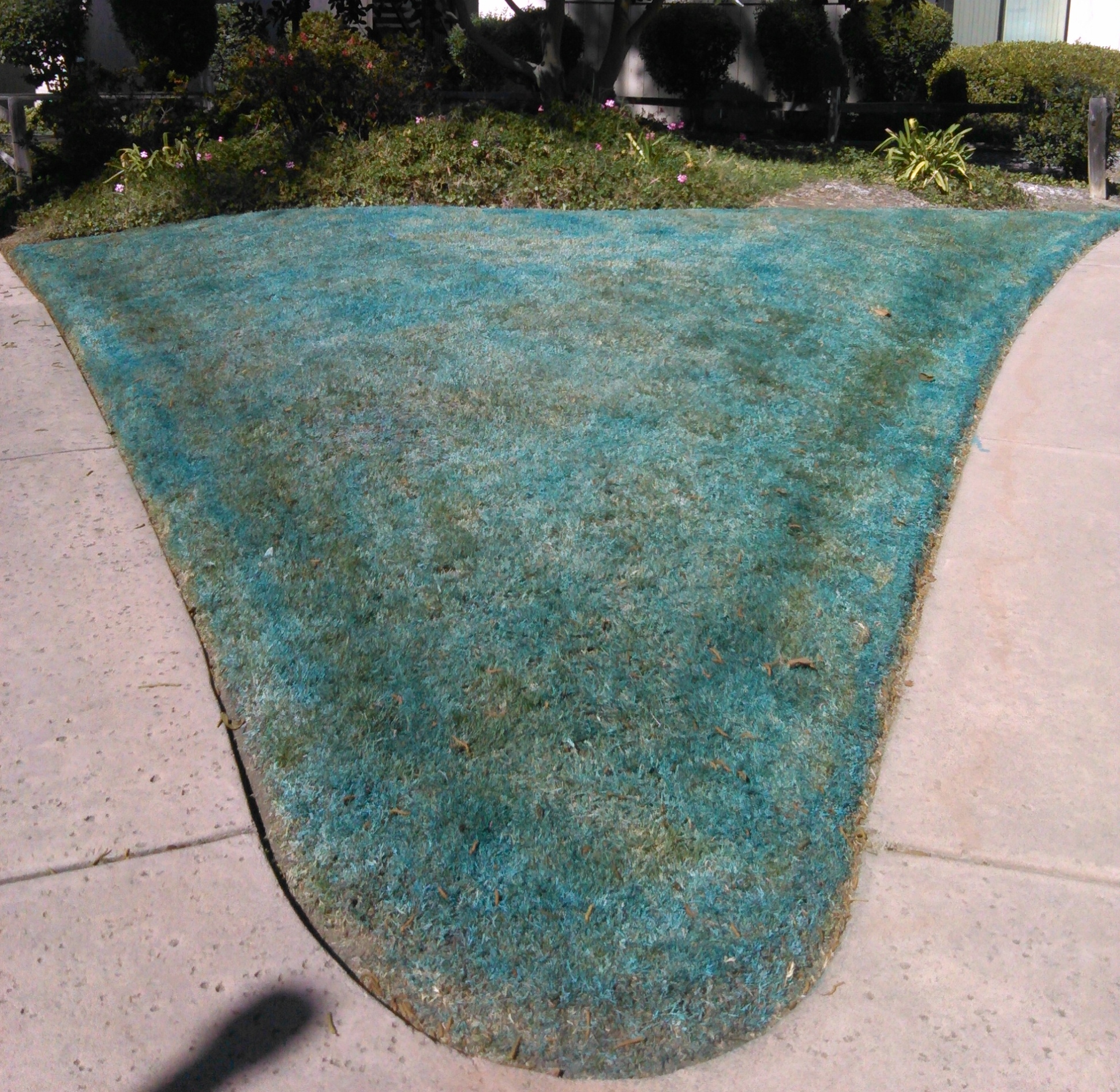 January 31, 2015
You may have noticed there's no hot water in the spa. The problem appears to be a faulty and worn out pump, which is costly to replace. Discussion and a vote on a new pump will occur at the next Board meeting on February 12.

The Board is also considering proposals to re-do the plaster and tile at both the pool and spa. If and when the work is approved, both will need to be drained of water and the areas will be closed for a few weeks.  Ample notice will be posted and the work will hopefully finish before pool season.

December 31, 2014
2014 was one of the most eventful years in Vermont Villas history.  Many improvements and beneficial changes were made, including:

- All carports were refurbished and new roofs installed. This was the largest and most costly project in years, taking months to complete. It finished ahead of schedule, without major problems and need for a special assessment.

- Our Rules and Regulations were revised, the first revision in 12 years.

- The first amendment ever to our CC&Rs was approved and implemented, changing our late fees.

- The tennis courts, neglected for many years, were completely re-done. One of the courts was converted to basketball and pickleball.

- After over 25 years with State Farm, we changed insurance carriers, saving over $8000 per year and providing better coverage.

- Work accelerated on the wood replacement project, installing fascia and wood paneling on all buildings with Hardie Board.  This project is over 80% complete and should finish in 2015.

- All large trees were trimmed and thinned out.

Whew.  Happy New Year to all residents and owners!


Posted by VermontVillas. Posted In : Improvements

November 30, 2014
Because residents have been doing such a good job at recycling, the number of bins have been increased at each dumpster area. Please keep up the good work and recycle as much as you can.  Recycling Do's and Dont's can be found by clicking here

Please crush all boxes flat before placing into a bin - this will save alot of space for others! 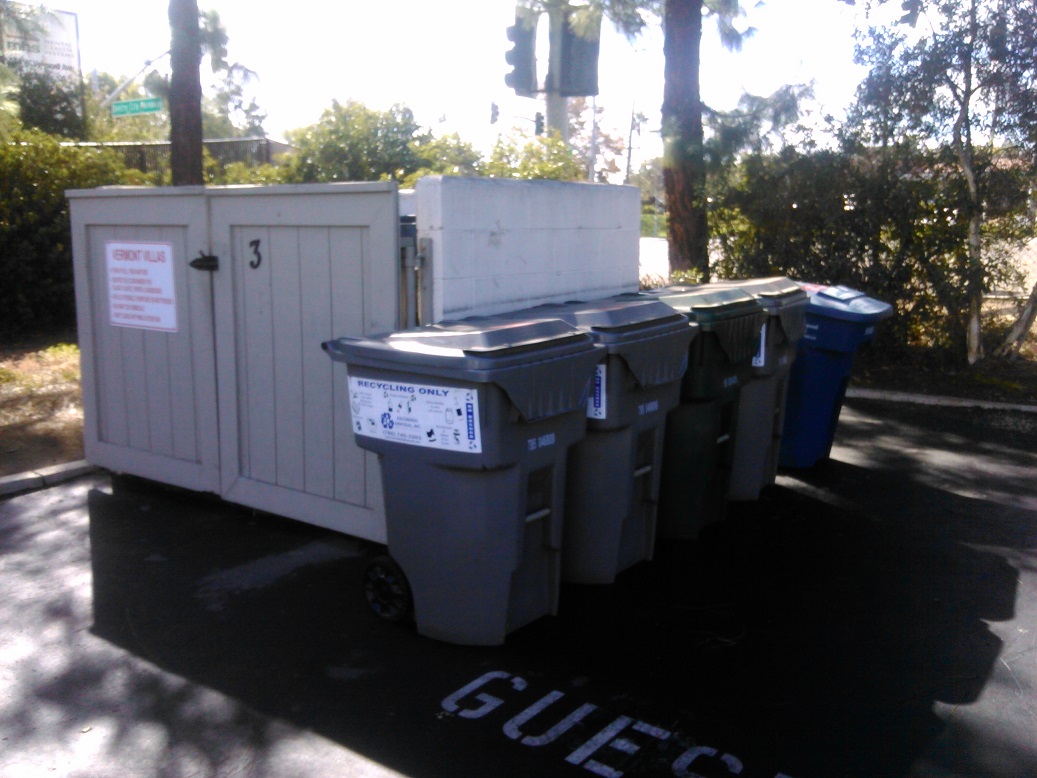 October 25, 2014
In preparation for the rainy season (let's all hope for a wet winter!) Roof King has been doing maintenance on our roofs this month. They are sealing cracks and seams, clearing gutters and patching any obvious problems. Thanks to all residents for cooperating in allowing access to your patio or balcony so the gutters can be cleaned.

Posted by VermontVillas. Posted In : Maintenance

Tour of the New Courts

August 30, 2014
Work is complete on our 27 carports. This has been the biggest project in many years at Vermont Villas, taking over six months to complete. Coordination and cooperation from RAF Construction, Knudsen Roofing, the Board of Directors, Elite Management and all owners and residents allowed the work to be completed without major obstacles and ahead of schedule.  All deteriorated wood has been either replaced or shored up, and new roofs with a 10 year warranty have been installed. Years of steady saving allowed this project to paid for from our reserve fund, instead of by special assessment.  A big thank you goes to all who participated in this project, especially  owners and residents who heeded the call to make their carports accessible for the work. 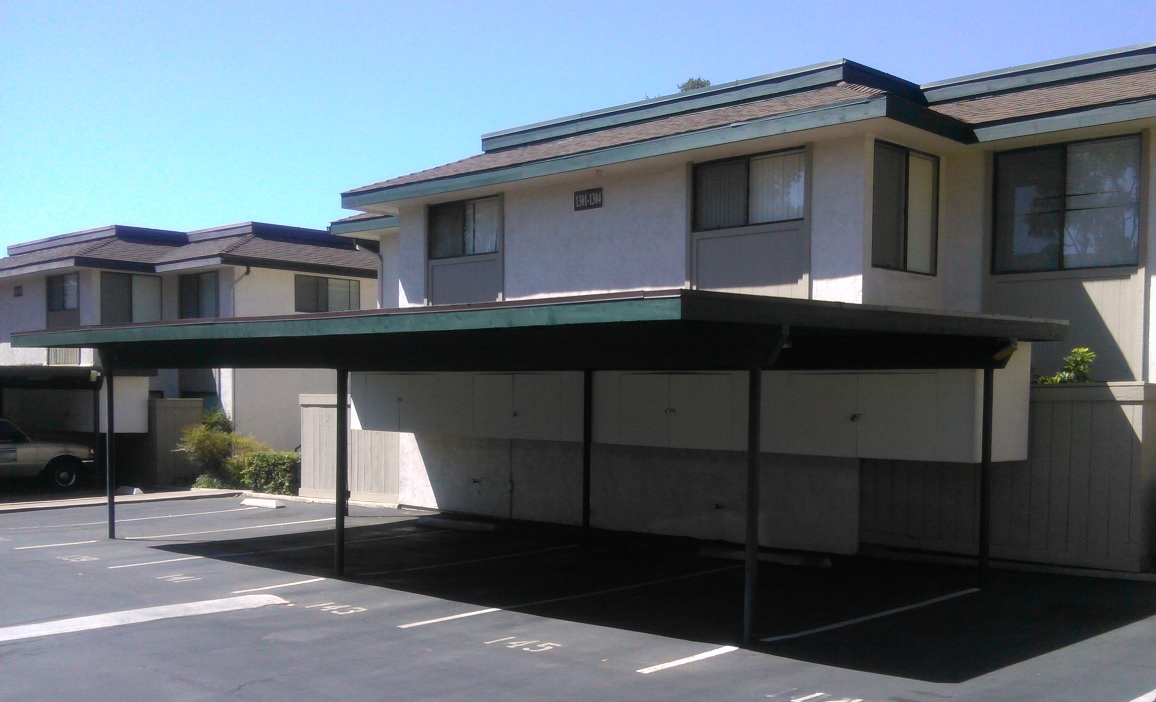 July 29, 2014
We're 2 1/2 years into replacing the wood siding and fascia on our buildings and the work has accelerated. The 2200 building is the latest to get this makeover, leaving 8 buildings still to be done.  The siding is being replaced with HardiePanel, a fiber-cement product meant to look like wood but provide greater durability. The 1400, 1500, 2000 and 2100 buildings are next and hopefully will be finished by the end of 2014. 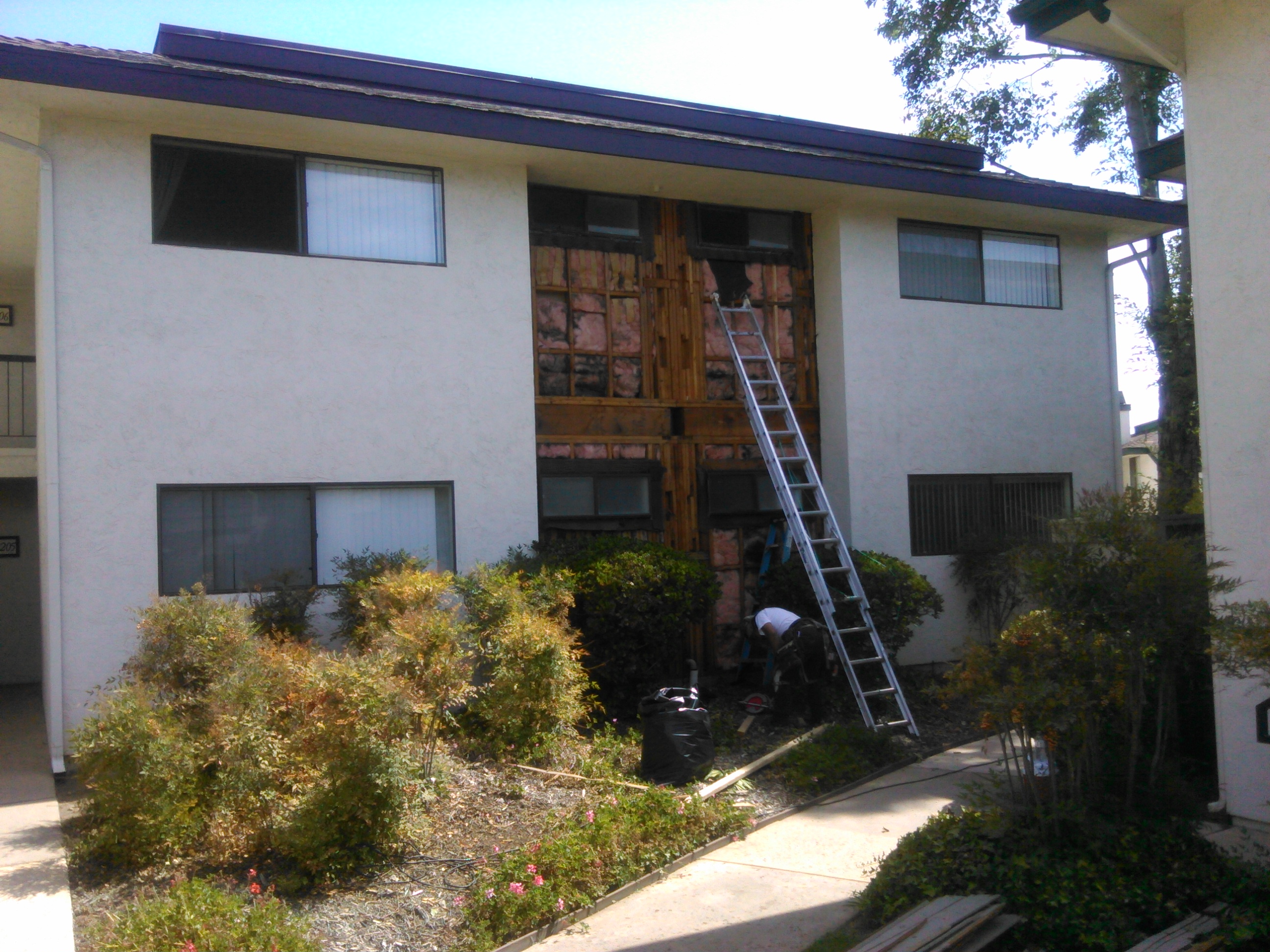 June 28, 2014
Our complex was "tagged" recently along the tennis court fence. Quick response from Escondido Police has eliminated the markings. Our pool has also been vandalized twice in the past couple of weeks with large amounts of dirt dumped in the water. Please be vigilant - if you notice acts of vandalism or suspicious persons in the complex please call Escondido Police at 760-839-4722. 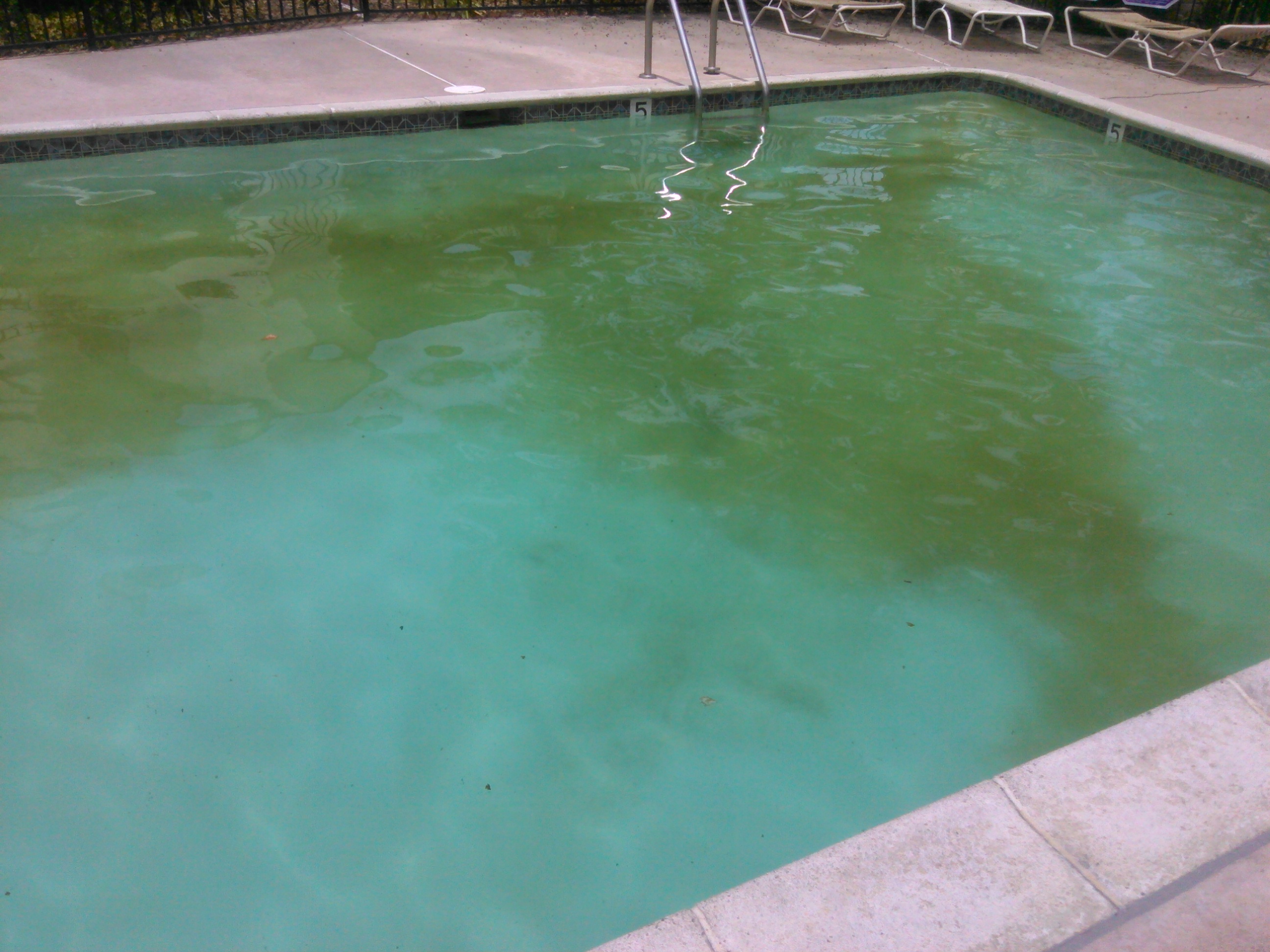